Randy Willoughby from Santa Cruz, was playing around with Photoshop and created a classic VW pickup concept. When the founder of Santa Cruz visited the new owners Pon Holdings in Holland (developers of the original VW bus), we decided to go one step further and make the transporter a reality. Two weeks later Rob arrived and was given the suprise gift, which now visits downhill shows in California. 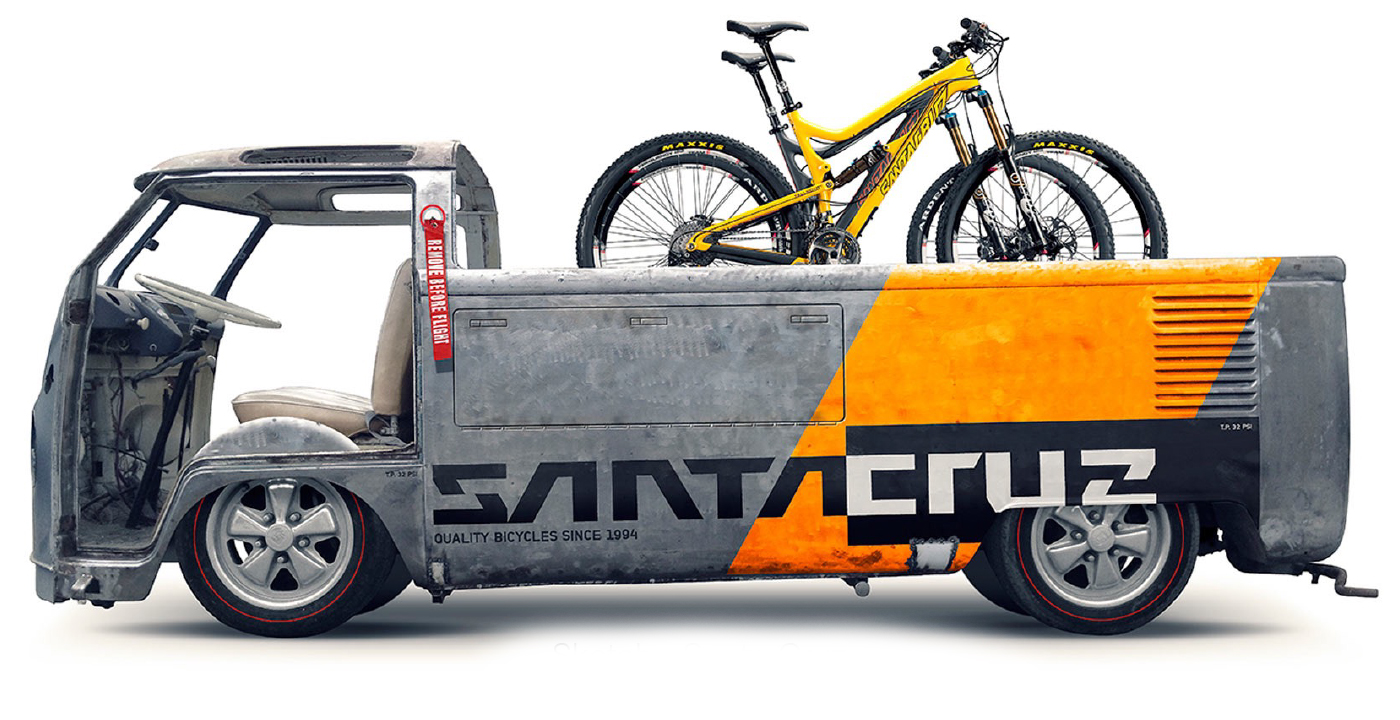 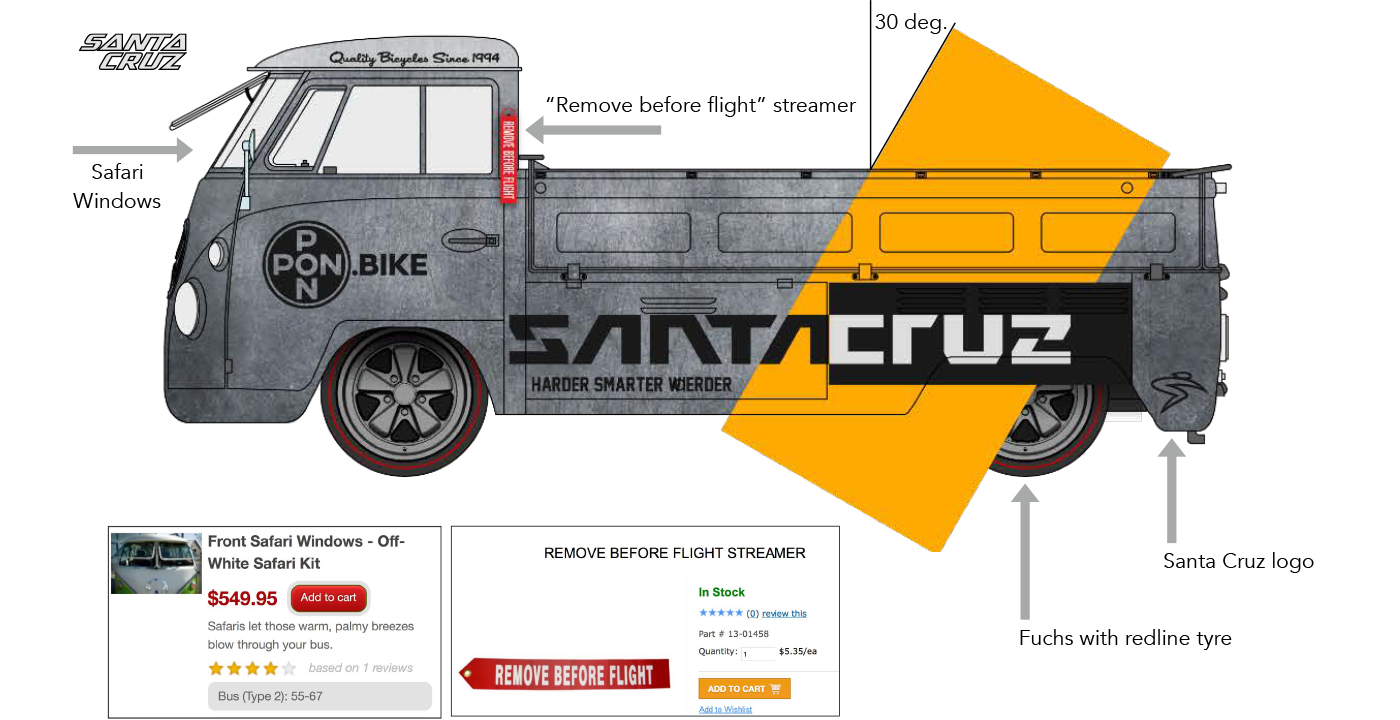 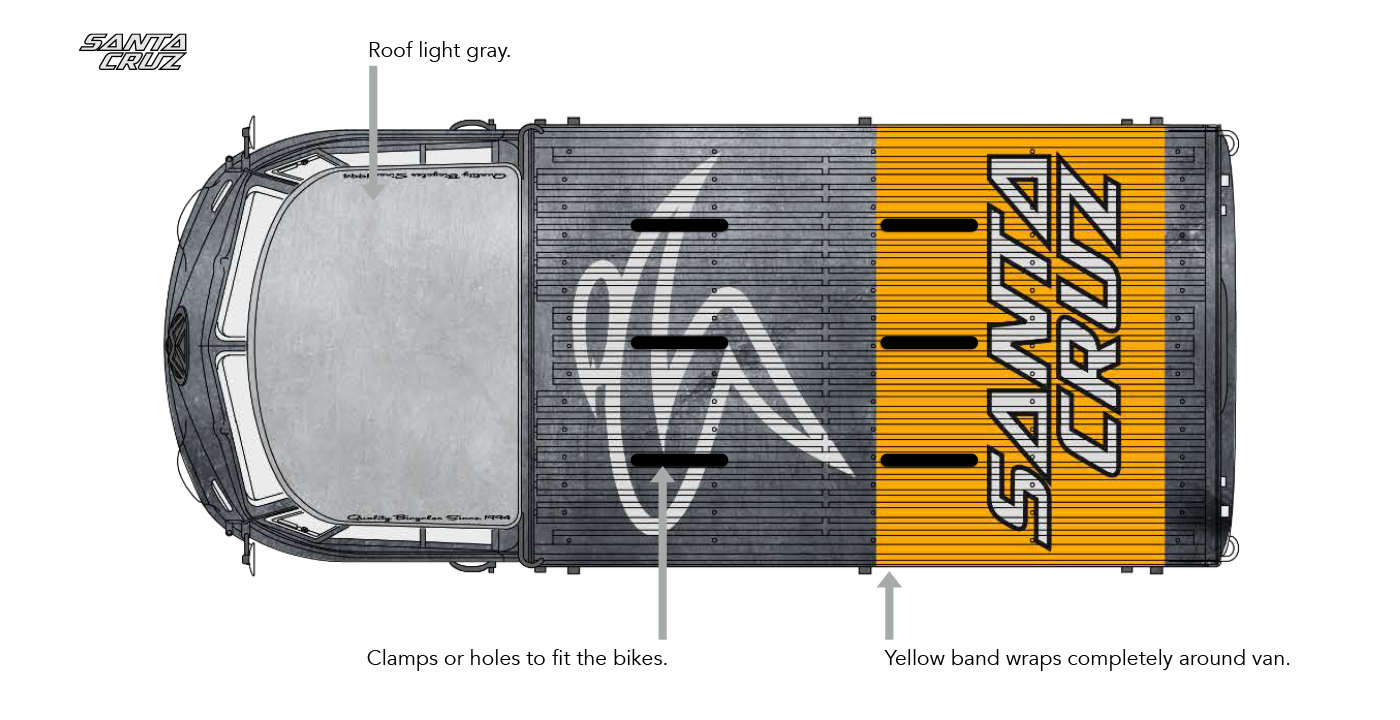 The transporter was all hand-painted, including the graphics. 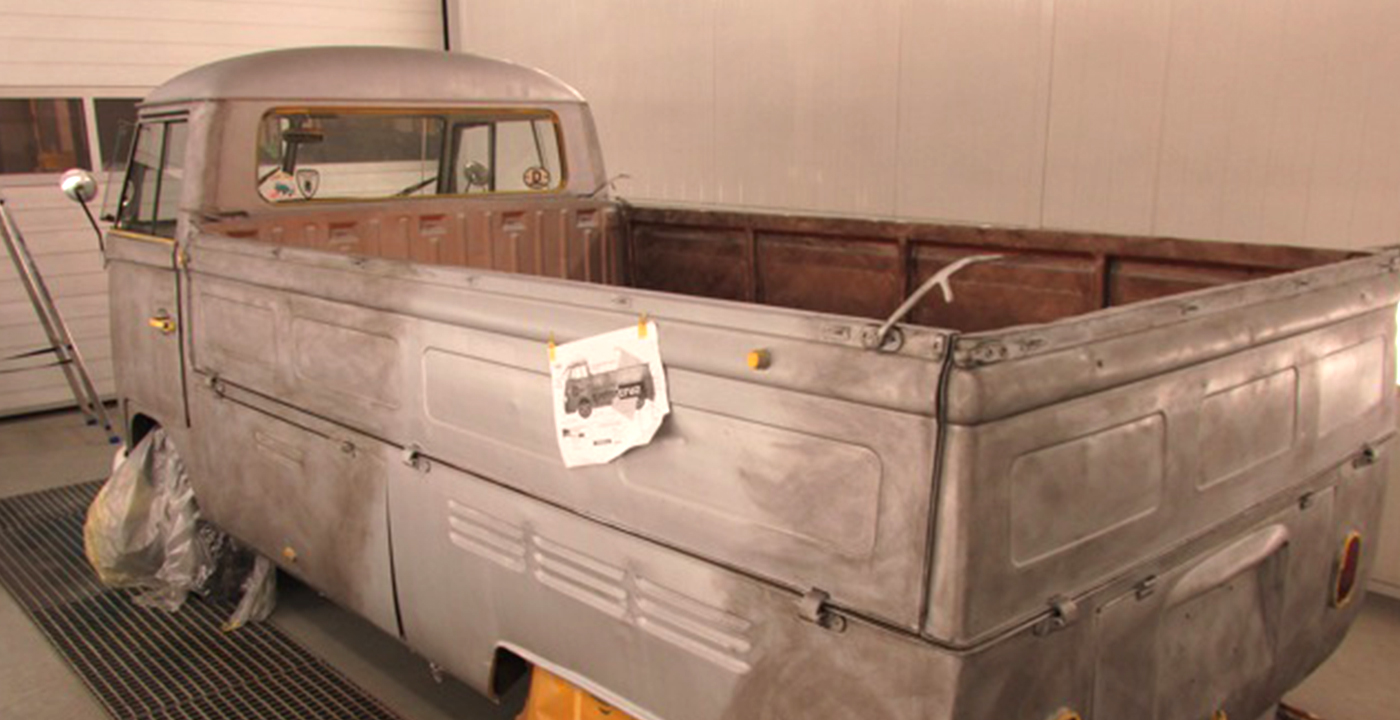 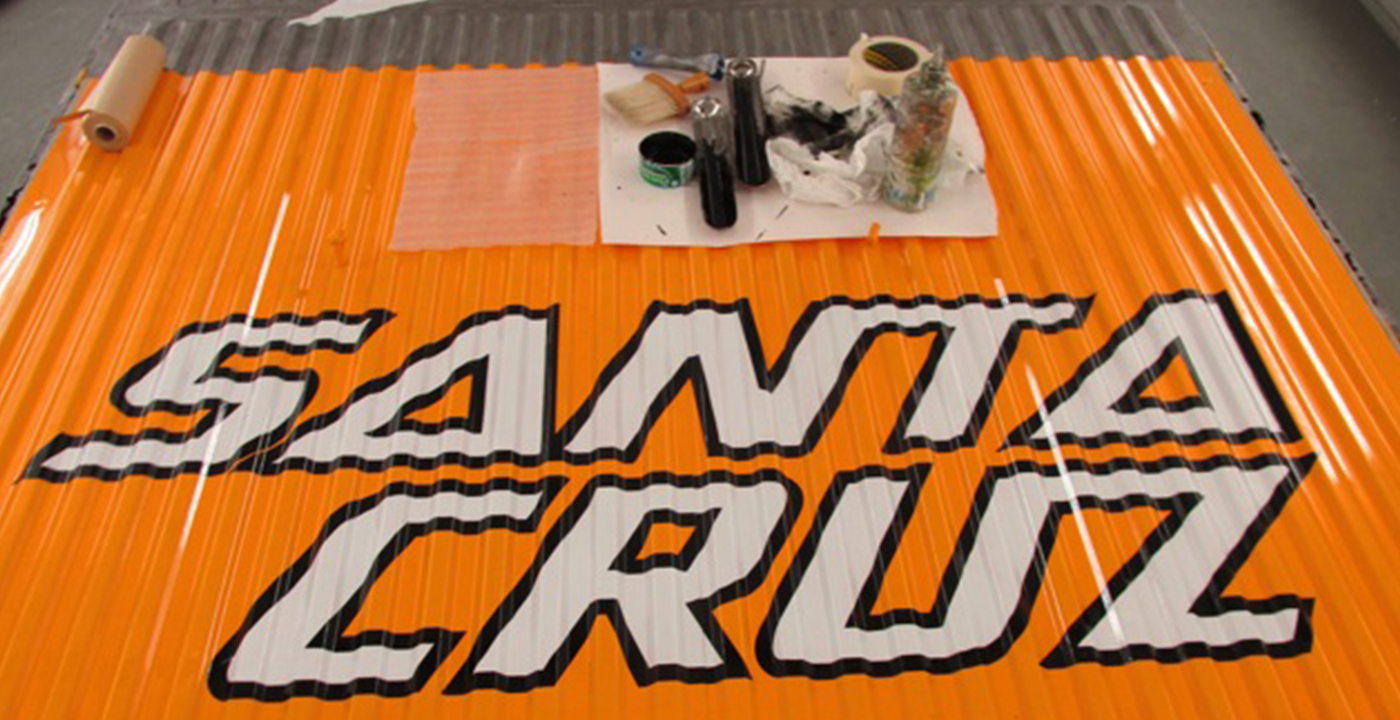 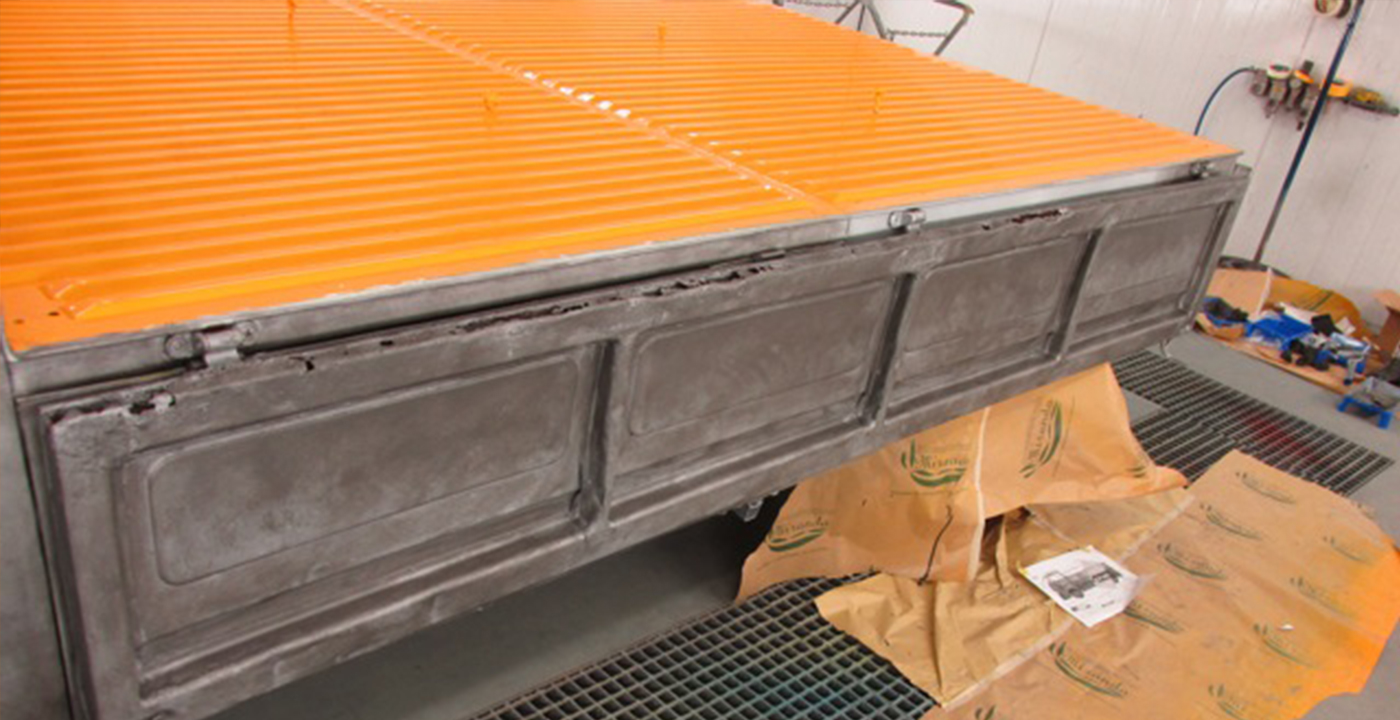 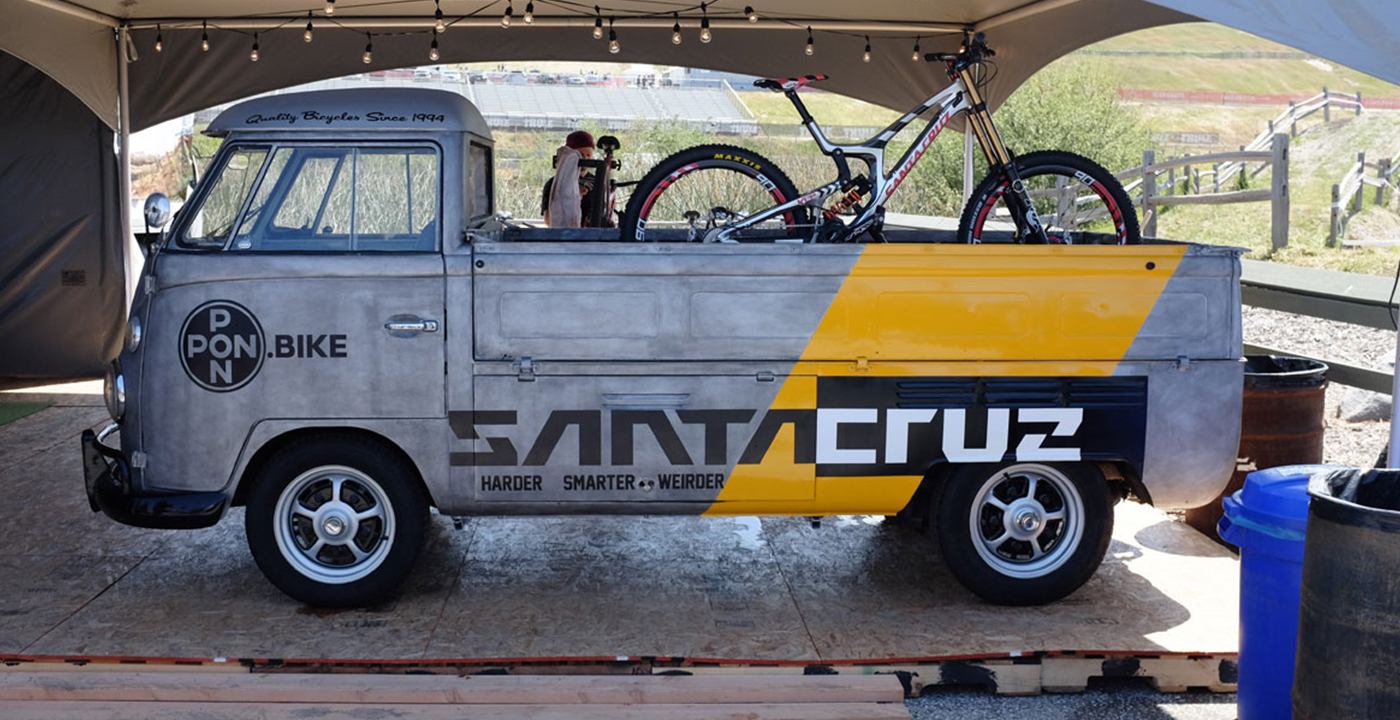 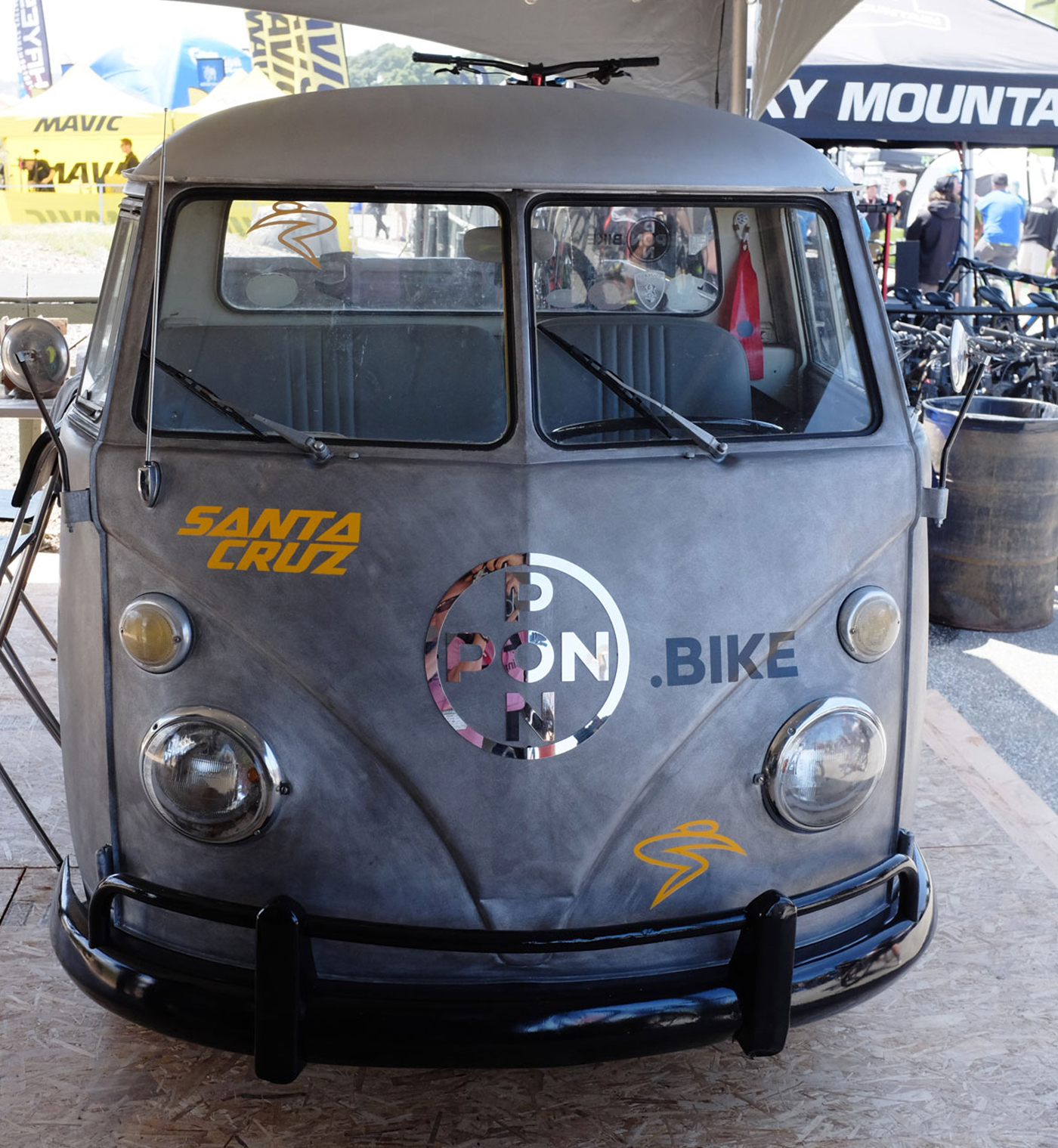